How to Overcome Implicit Bias in the Hiring Process

Learn the types of implicit bias that could impact your hiring decisions and how to overcome implicit bias in the hiring process. 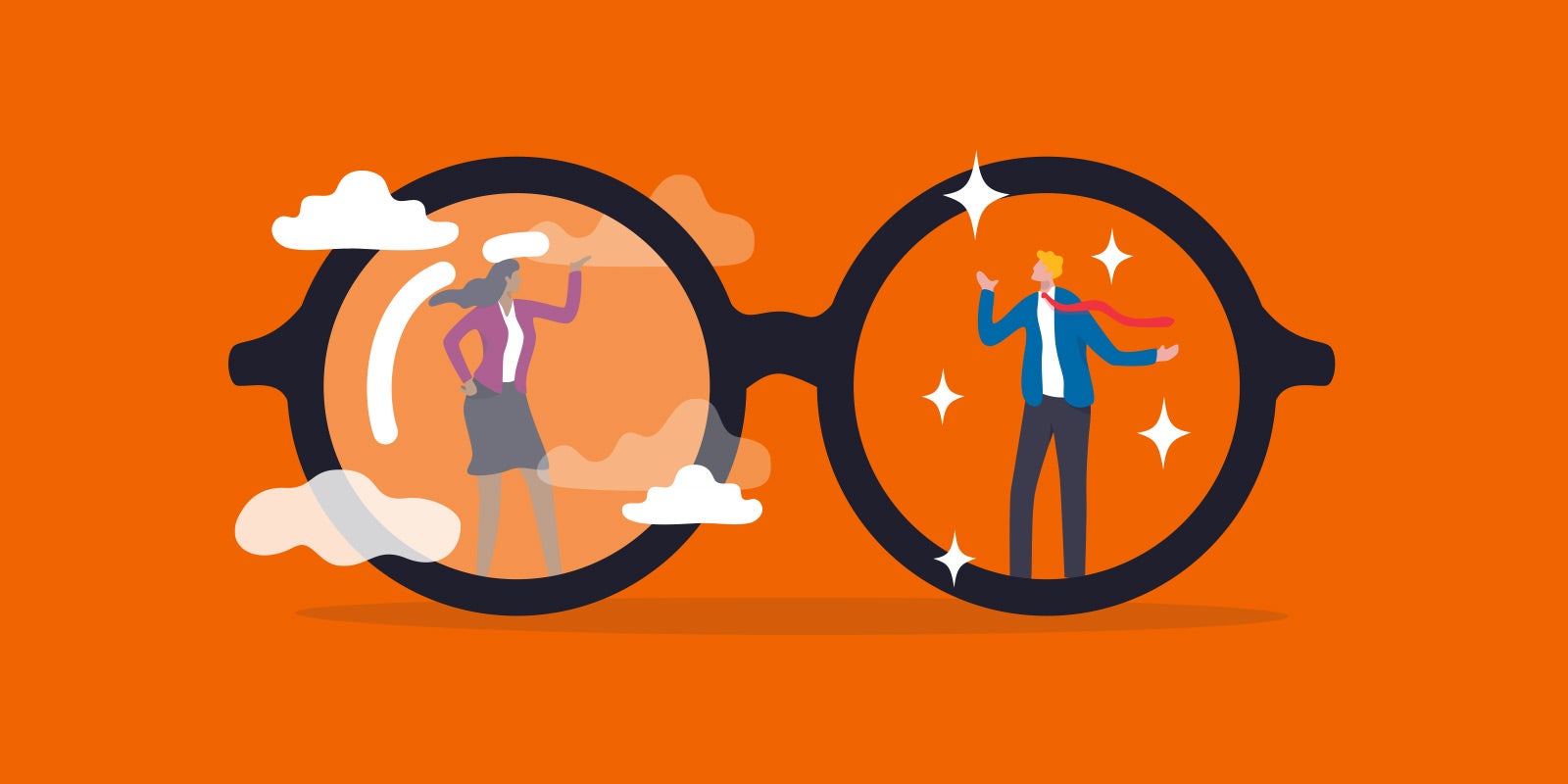 Hiring is a hugely subjective process in which we make quick judgments about someone else based on limited information. But there are ways to reduce implicit bias when hiring. In this blog, I’ll share how to overcome implicit bias in the hiring process and the benefits of reducing it.

What Is Implicit Bias in Hiring?

Implicit or unconscious bias happens when our brains make quick judgments and assessments of people or situations without us realizing it’s happening. Every day it affects our attitudes and behaviors in both positive and negative ways. In addition to biases that relate to race, gender, sexual orientation, religion, and disability, there are others that may be less obvious. For example, judging someone based on where they were born versus where they may be residing currently.

One of the most frequent situations in which implicit bias occurs is during the hiring process. In his book, Thinking Fast and Slow, psychologist Daniel Kahneman points out how our nature as humans can easily allow hidden biases to creep into our decision making. He suggests, for example, that in perusing resumes, we weigh a few factors slowly, but hundreds of factors quickly, often unconsciously. Therefore, even if we are working hard in our slow thinking to avoid discrimination, it can easily creep into our fast thinking. And our fast thinking is drawing from thousands of associations and stereotypes we have formed over our lifetimes.

This means that candidates are hired or not hired everyday based on factors that have nothing to with their ability to do the job. Recently a mid-size company looking to hire an executive got excited when an applicant from a “marquis” organization applied for the position. They hired him for all the wrong reasons. And after three weeks, they had to let him go. This is an example of what could be labeled “right piece, wrong puzzle.”

There are five types of implicit bias that could impact a hiring decision:

Affinity bias is the unconscious tendency to get along with others who are like us. For example, candidates who attended the same college, or who grew up in the same town. Another example is getting along with candidates who remind us of ourselves or someone we know and like.

Confirmation bias is the tendency of people to favor information that confirms or strengthens their beliefs or values. Existing beliefs about a certain group being more competent than another is the reason why particular races and gender are represented the most in companies today.

The halo effect means one outstanding accomplishment creates an impression of success that, to the interviewer, can obscure less successful behavioral examples in one or more competencies. The reverse can also happen. For example, interviewers may spot a candidate's weakness in one competency during the interview and then allow that to obscure important strengths in other areas. “Compelling Communication” is one DDI competency that is prone to the halo effect. Interviewers often mistake skill in speaking for effectiveness in other areas.

On the other hand, an interviewer might form a negative overall opinion about a candidate who has strengths in other job-related areas but whose oral communication skills are mediocre. An example of this is when English is a second language for the job candidate.

Perception bias is the tendency to form stereotypes and assumptions about certain groups that make it impossible to make an objective judgment about members of those groups. This was the case in the example I gave earlier when a candidate came from a highly respected organization. Because of this, the interviewers thought the candidate must be good! And so, the company hired the candidate.

Groupthink in the hiring process translates into overlooking qualified candidates to hire when the leader, or most outspoken person, has chosen the “best” candidate. It erases the opinions of the individuals in the group to conform to the hiring preferences of one person.

How Can You Avoid Bias During Interviews?

Given that implicit or personal bias is part of who we are, it is important that we strive to create a selection process that mitigates it. Targeted Selection®, DDI’s behavioral interviewing system, is designed to do just that. Some of Targeted Selection’s system components that limit implicit bias in the hiring process are:

One component of the system is designed to define the targets for successful job performance. This includes the knowledge, experience, competencies, and personal attributes it takes to do the job successfully. This is what DDI calls the Success Profile. Having this information about the position allows for a more effective screening process by comparing the information provided by the candidate to what’s required for success.

One of the benefits of defining the targets for successful job performance is that interviewers will know what competencies are required. They will also know the key actions or specific behaviors that are required for those competencies. For example, with a competency like coaching, having the key actions makes sure that interviewers know what type of coaching behaviors are required for their organization as well as for the specific role. This is valuable, for example, when a company is working to create a coaching culture.

Having this information about the Success Profile allows for the development of interview guides with planned questions for each competency or personal attribute. The interviewers ask the planned behavioral questions, take notes, and follow up with additional questions, gathering complete behavioral examples. At DDI, we call these complete behavioral examples STARs. (For more on the STAR method, check out my past blog, What Is the STAR Format? Here's Your Complete Guide.)

In every interview it is important for the interviewer to meet the candidate’s personal needs. They accomplish this by building rapport. Rapport with a candidate is built by maintaining or enhancing self-esteem. It’s also built by listening and responding with empathy when a candidate is sharing their examples. (For more on how to meet personal and practical needs in interactions, check out my past blog on The Importance of the Basics in Developing Leadership Skills.)

Sometimes a candidate is going to feel very proud of their results and this needs to be acknowledged. But it’s even more important when a candidate is describing a situation where the outcome was not what was expected or desired. When an interviewer does this it makes for a more enjoyable experience for both interviewer and candidate, and will most likely encourage the candidate to keep sharing behavioral examples.

Ultimately, we’ve found that when there is a systematic approach to hiring, with interviewers who have been properly trained, the likely outcome is that all candidates are being treated fairly and equally. It also increases the probability that the best candidate will be chosen for the job.

How Can Hiring Teams Control Implicit Bias During the Interviews?

Another way to control implicit bias in the hiring process is to use team-based hiring. Our recommended approach is to have at least two or three interviewers conducting one-on-one interviews. We also acknowledge that some organizations prefer panel interviews. Both approaches can limit the impact of implicit bias.

The other benefit is that if each interview is scheduled to last an hour, and there are three interviews, then the hiring team will have three times the information when they conclude their interviews. This approach yields more information than using a panel of interviewers where each interviewer spends an hour hearing the same responses. In this case, all they have to show is one hour's worth of information. This along with the next suggestion to use a structured team-based evaluation session are ways to limit groupthink.

How Can Hiring Teams Control Implicit Bias After the Interviews?

At the end of the interview, interviewers should review all their notes and evaluate the information they gathered about the candidate. This evaluation process should include the interviewer reviewing each behavioral example and assigning a rating to each competency and personal attributes.

Doing this allows the interviewer to be prepared for the data integration meeting. This is a meeting where all interviewers share their ratings of the candidate using the behavioral evidence (STARs) gathered during the interview to support their rating.

This objective approach to evaluating a candidate’s actions and results is important because there are often many ways to demonstrate effectiveness in a competency. Behavior can be positive or negative. Significance of an example is also an important consideration. Examples from yesterday might be more significant than one from last year. The impact of the example could be significant or minor.

This structured process also provides a framework that encourages interviewers to challenge one another during the session. This ensures that only true and relevant behaviors are being assessed in the correct context. Additionally, this prevents hiring managers from jumping to conclusions about a candidate.

In the session, the hiring team listens openly to all data that has been collected before arriving at a consensus rating on each of the competencies and personal attributes within the Success Profile. Finally, based on the consensus ratings, the team makes a retain or reject decision about each candidate.

One of the best ways to reduce hiring bias is to have a team of trained interviewers using a defined selection system to make all hiring and promotion decisions.

What Are the Benefits of Reducing Implicit Bias in Hiring?

Taking these steps to reduce implicit bias in the hiring process will enable better hiring decisions. And with better hiring decisions, there will be reduced turnover for the company in the long term. Another benefit of reducing bias in the hiring process is increased diversity. And this can enhance your organization’s reputation as a great place to work.

Going forward, with a better hiring process, your organization will see increased leadership strength. And this creates a stronger growth culture, resulting in sustained profitable growth.

With so much uncertainty about the future, along with the current state of the labor market, every company needs to be taking steps to proactively reduce implicit bias in their hiring process. Doing this will ensure your organization has the diverse, motivated, and talented workforce it needs to succeed.

Bruce Court partners with organizations on all aspects of their leadership strategy. He’s experienced in every facet of leadership strategy design, development, and execution. Outside of work, Bruce likes to travel with his wife, Maureen. He loves eating at great restaurants as well as sampling good wine and craft beers. Bruce is also a huge fan of smooth jazz.